The group has taken umbrage with the symphony’s recent event titled “The Godfather Live: A Reflection”. The event included a pre-event ‘Mafia Costume Party’. 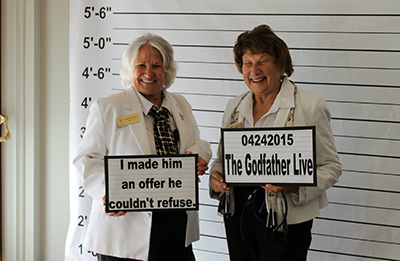 “This was clearly an insult to all Italian Americans and should not have been staged. If it were any other nationality, it would be called bigotry, but when it involves Italian Americans it is believed to be all good fun and we are told to ‘lighten up.’ The IAOVC is demanding an immediate apology to this nation’s 25-million Italian Americans”, said One Voice president Dr. Manny Alfano.

Doctor Alfano is also asking all Italian Americans and Italian American organizations to join in contacting the symphony’s CEO Martha Gilman to express their displeasure (see contact number below).

ONE VOICE has created the first-ever nationwide “rapid response” network of defenders and freedom writers who are activated quickly to respond to bias and stereotyping through emails, letters, and phone calls, through its Facebook page, Twitter account, posts and website (www.IAOVC.org

ONE VOICE is asking individuals and organizations to contact the following:

Cut and paste and send one e-mail