Warning: "continue" targeting switch is equivalent to "break". Did you mean to use "continue 2"? in /homepages/36/d293910400/htdocs/italianamericansnews/wp-content/plugins/jetpack/_inc/lib/class.media-summary.php on line 87
 Washington DC Honors Italy’s 150th Anniversary of its Unification | Italian Americans Have some Unfinished Business in Congress | Italian American News
DC Council Resolution
Today, March 6, the District of Columbia Council unanimously passed a resolution recognizing the 150th anniversary of Italy becoming a modern country. This historic event occurred on March 17, 1861 is officially called the Unification of Italy. The resolution introduced by Ward 2 Councilmember Jack Evans also 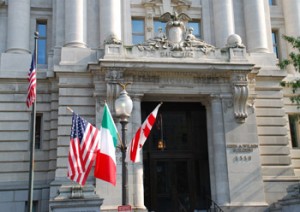 recognizes the influence of Italy on Washington architecture, including the U.S. Capitol, the White House, the Supreme Court building and even the D.C. “City Hall,” the John Wilson Building. It also notes the contribution of Italian sculptors and stone masons on Washington landmarks, such as Union Station and the National Cathedral. The resolution recognizes that Washington and Rome are Sister Cities, as of June, 2011. Joe Grano, president of The Rhodes Tavern-DC Heritage Society and proposer of the resolution, praised the Council for its noble action and thanked Jack Evans: “Jack is an outstanding public servant who really cares about Washington as a world-class city.” (For more info. call Communications Director Andrew Huff in Coucilmember Evans’ office at 202-724-8058). Grano also noted how ironic it is that the District has honored Italy for its 150th anniversary as a nation, but the Congress hasn’t, as yet.
Senators Schumer and Gillibrand
On March 2, Joe Grano, also chair of The Constantino Brumidi Society wrote New York Senators Charles E. Schumer and Kirsten E. Gillibrand and requested that they both together introduce a resolution recognizing the 150th anniversary of the Unification of Italy. Grano reminded the senators that the New York State legislature passed a joint resolution commemorating the 150th anniversary of the Unification of Italy on June 6, 2011. Then, Governor Andrew M. Cuomo issued a similar proclamation on August 8, 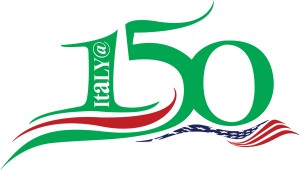