Warning: "continue" targeting switch is equivalent to "break". Did you mean to use "continue 2"? in /homepages/36/d293910400/htdocs/italianamericansnews/wp-content/plugins/jetpack/_inc/lib/class.media-summary.php on line 87
 Italian American One Voice Coalition Launches Anti-Bias Campaign Against Fox News Show “The Five” | Italian American News

NEW JERSEY—  The Italian American ONE VOICE Coalition – the nation’s largest Italian American Anti-bias organization – has launched a campaign asking advertisers to pull their sponsorship from Fox News’ “The Five,” following numerous remarks by a panelist who has stereotyped and slurred  Italian Americans.

The panelist, Bob Beckel,  a former political consultant with a checkered past and penchant for making highly inappropriate and offensive remarks on the Fox News’ show, “The Five,” has made offensive and stereotypical remarks toward Italian Americans on at least several occasions during the past year. 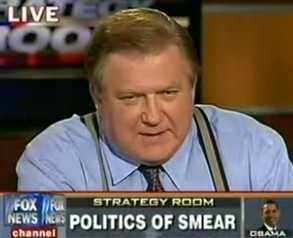 During one such show in August, Beckel noted “…all the garbage men in his area must be Italian because all the names on the trash trucks end in a vowel.”  In a November show, Beckel said “one of the things he hated about shopping was that he had to fight the crowds of guidos for parking”.  In other separate August shows, he labeled Italian Americans as “greaseballs” and “guido.”

Neither Beckel – nor Fox News – have acknowledged or addressed numerous emails and calls by ONE VOICE Coalition members regarding the bigoted remarks. In the past, Beckel has notably addressed and apologized for bigoted remarks he has made about other ethnic groups.

“The lack of sensitivity and civility by Fox News in not responding and allowing Beckel to persist is an outrage that should not be tolerated by any ethnic group,” ONE VOICE Coalition President Andre’ DiMino said.  “It’s appalling and disgraceful. We are asking for widespread public support in our campaign in asking advertisers to remove their sponsorship of ‘The Five.’  It’s time to hit Fox News and ‘The Five’ in the pocket book since this appears to be all they understand.”

ONE VOICE’s stated mission is to “… secure the rightful representation of Americans of Italian origin and of all peoples whose paths toward social equality have been impeded. The powers of intellect, wisdom and due process of law will be brought to bear on all inequities.”